Donald J. Trump paid $750 in federal income taxes the year he won the presidency. In his first year in the White House, he paid another $750.

He had paid no income taxes at all in 10 of the previous 15 years — largely because he reported losing much more money than he made.

As the president wages a re-election campaign that polls say he is in danger of losing, his finances are under stress, beset by losses and hundreds of millions of dollars in debt coming due that he has personally guaranteed. Also hanging over him is a decade-long audit battle with the Internal Revenue Service over the legitimacy of a $72.9 million tax refund that he claimed, and received, after declaring huge losses. An adverse ruling could cost him more than $100 million. 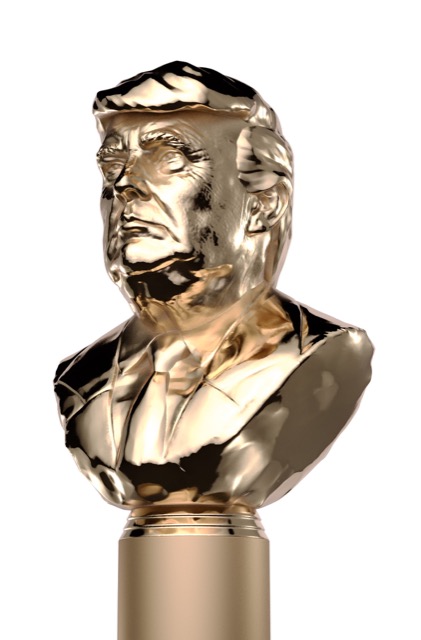 The tax returns that Mr. Trump has long fought to keep private tell a story fundamentally different from the one he has sold to the American public. His reports to the I.R.S. portray a businessman who takes in hundreds of millions of dollars a year yet racks up chronic losses that he aggressively employs to avoid paying taxes. Now, with his financial challenges mounting, the records show that he depends more and more on making money from businesses that put him in potential and often direct conflict of interest with his job as president.

The New York Times has obtained tax-return data extending over more than two decades for Mr. Trump and the hundreds of companies that make up his business organization, including detailed information from his first two years in office. It does not include his personal returns for 2018 or 2019. This article offers an overview of The Times’s findings; additional articles will be published in the coming weeks.

The returns are some of the most sought-after, and speculated-about, records in recent memory. In Mr. Trump’s nearly four years in office — and across his endlessly hyped decades in the public eye — journalists, prosecutors, opposition politicians and conspiracists have, with limited success, sought to excavate the enigmas of his finances. By their very nature, the filings will leave many questions unanswered, many questioners unfulfilled. They comprise information that Mr. Trump has disclosed to the I.R.S., not the findings of an independent financial examination. They report that Mr. Trump owns hundreds of millions of dollars in valuable assets, but they do not reveal his true wealth. Nor do they reveal any previously unreported connections to Russia. 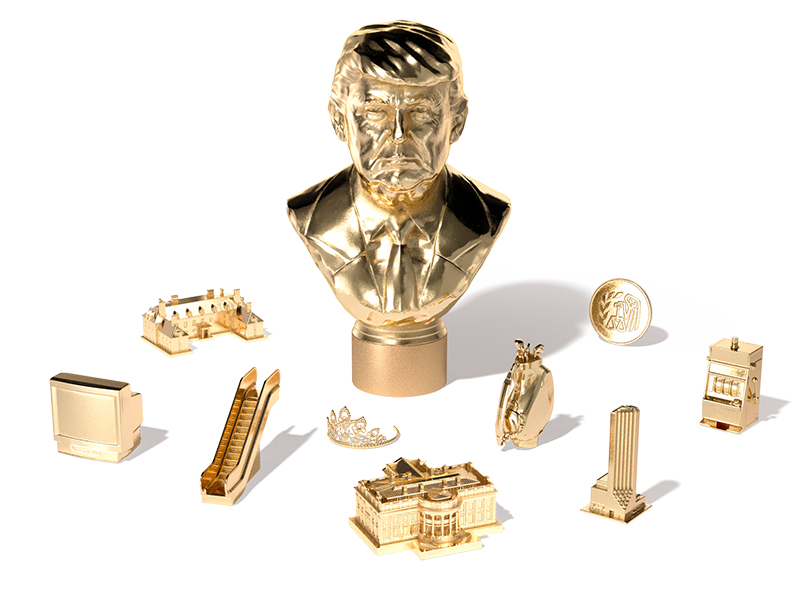 In response to a letter summarizing The Times’s findings, Alan Garten, a lawyer for the Trump Organization, said that “most, if not all, of the facts appear to be inaccurate” and requested the documents on which they were based. After The Times declined to provide the records, in order to protect its sources, Mr. Garten took direct issue only with the amount of taxes Mr. Trump had paid.

With the term “personal taxes,” however, Mr. Garten appears to be conflating income taxes with other federal taxes Mr. Trump has paid — Social Security, Medicare and taxes for his household employees. Mr. Garten also asserted that some of what the president owed was “paid with tax credits,” a misleading characterization of credits, which reduce a business owner’s income-tax bill as a reward for various activities, like historic preservation.

The tax data examined by The Times provides a road map of revelations, from write-offs for the cost of a criminal defense lawyer and a mansion used as a family retreat to a full accounting of the millions of dollars the president received from the 2013 Miss Universe pageant in Moscow.

Together with related financial documents and legal filings, the records offer the most detailed look yet inside the president’s business empire. They reveal the hollowness, but also the wizardry, behind the self-made-billionaire image — honed through his star turn on “The Apprentice” — that helped propel him to the White House and that still undergirds the loyalty of many in his base.

Ultimately, Mr. Trump has been more successful playing a business mogul than being one in real life.

“The Apprentice,” along with the licensing and endorsement deals that flowed from his expanding celebrity, brought Mr. Trump a total of $427.4 million, The Times’s analysis of the records found. He invested much of that in a collection of businesses, mostly golf courses, that in the years since have steadily devoured cash — much as the money he secretly received from his fatherfinanced a spree of quixotic overspending that led to his collapse in the early 1990s.

Indeed, his financial condition when he announced his run for president in 2015 lends some credence to the notion that his long-shot campaign was at least in part a gambit to reanimate the marketability of his name.

As the legal and political battles over access to his tax returns have intensified, Mr. Trump has often wondered aloud why anyone would even want to see them. “There’s nothing to learn from them,” he told The Associated Press in 2016. There is far more useful information, he has said, in the annual financial disclosures required of him as president — which he has pointed to as evidence of his mastery of a flourishing, and immensely profitable, business universe.

In fact, those public filings offer a distorted picture of his financial state, since they simply report revenue, not profit. In 2018, for example, Mr. Trump announced in his disclosure that he had made at least $434.9 million. The tax records deliver a very different portrait of his bottom line: $47.4 million in losses.

Tax records do not have the specificity to evaluate the legitimacy of every business expense Mr. Trump claims to reduce his taxable income — for instance, without any explanation in his returns, the general and administrative expenses at his Bedminster golf club in New Jersey increased fivefold from 2016 to 2017. And he has previously bragged that his ability to get by without paying taxes “makes me smart,” as he said in 2016. But the returns, by his own account, undercut his claims of financial acumen, showing that he is simply pouring more money into many businesses than he is taking out.

The picture that perhaps emerges most starkly from the mountain of figures and tax schedules prepared by Mr. Trump’s accountants is of a businessman-president in a tightening financial vise.

Most of Mr. Trump’s core enterprises — from his constellation of golf courses to his conservative-magnet hotel in Washington — report losing millions, if not tens of millions, of dollars year after year.

His revenue from “The Apprentice” and from licensing deals is drying up, and several years ago he sold nearly all the stocks that now might have helped him plug holes in his struggling properties.

And within the next four years, more than $300 million in loans — obligations for which he is personally responsible — will come due.

Against that backdrop, the records go much further toward revealing the actual and potential conflicts of interest created by Mr. Trump’s refusal to divest himself of his business interests while in the White House. His properties have become bazaars for collecting money directly from lobbyists, foreign officials and others seeking face time, access or favor; the records for the first time put precise dollar figures on those transactions.

At the Mar-a-Lago club in Palm Beach, Fla., a flood of new members starting in 2015 allowed him to pocket an additional $5 million a year from the business. In 2017, the Billy Graham Evangelistic Association paid at least $397,602 to the Washington hotel, where the group held at least one event during its four-day World Summit in Defense of Persecuted Christians.

The Times was also able to take the fullest measure to date of the president’s income from overseas, where he holds ultimate sway over American diplomacy. When he took office, Mr. Trump said he would pursue no new foreign deals as president. Even so, in his first two years in the White House, his revenue from abroad totaled $73 million. And while much of that money was from his golf properties in Scotland and Ireland, some came from licensing deals in countries with authoritarian-leaning leaders or thorny geopolitics — for example, $3 million from the Philippines, $2.3 million from India and $1 million from Turkey. Click here for more

It is time to buy sun international

Selling a Dividend paying stock after dividend payment- when does this make sense?

The Difference Between Ordinary Stocks And Preference Stocks

HOW I FOUND A BEST FRIEND IN MY PSYCHOTIC MOTHER

Signup for our newsletter

Check out posts by date